AMHERST, Mass. – A dialogue about race in our community will be held Saturday and Sunday, Jan. 28 and 29, from 10 am to 4 pm, at the Amherst Survival Center, 138 Sunderland Road.

Titled Community Dialogue on Race, the January event is the second in a series of community conversations about race, which is open to residents of Hampshire County; registration is required.

The Community Dialogues on Race will highlight the issue of racism, as well as race-related incidents that continue to occur both locally and nationally. In addition, organizers have identified the following outcomes:
• To move towards solutions rather than continue to express or analyze the problem;
• To each beyond the usual boundaries, offering opportunities for new, unexpected partnerships; and
• To unite divided communities through a respectful, informed sharing of local racial history and its consequences for different people in today’s society.

Cooley Dickinson is underwriting the cost of the project and the United Way of Hampshire County is a partner in organizing the initiative, which includes four, two-day sessions. Following the November discussion, three additional dialogues will be scheduled in 2017.

How to Register
Participation is limited to 30 people; the event is free. Attendance for both days is required and lunch will be provided both days. To register, call 888-554-4CDH (4234).

When registering, prospective participants will be asked their name, the organization they represent (if any), and their race/ethnicity. Organizers are asking about race/ethnicity as they have a goal of 50 percent participation from people of color.

Kent Alexander and Jeff Harness will facilitate the program. Alexander, who developed the idea of the Community Dialogues on Race, will function as the lead facilitator while Harness, director of Community Health at Cooley Dickinson, will assist.

Kent Alexander has worked as a consultant for the NYC-based public school systems, arts groups, and labor unions. After moving to the Pioneer Valley, he was employed for nine years as the Director of Diversity and Inclusion at Elms College where he also co-taught cultural competency, as well as at local institutions that include Holyoke Health Center and Springfield Technical Community College. Since retiring in 2015, Alexander has been an active member of Cooley Dickinson’s Patient Family Access Committee (PFAC) as well as a member of Cooley Dickinson’s Diversity, Equity and Inclusion committee. He also facilitates “social justice-focused” workshops for various local organizations includ¬ing Girls’ Inc. of Holyoke, HapHousing, Montague Catholic Social Ministry, and Franklin Regional Council of Governments. He also serves on the advisory board for the local chapter of Standing Up for Racial Justice (SURJ). 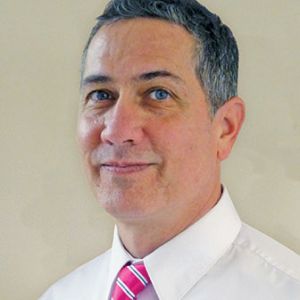 Jeff Harness has a long history working on public health issues in Western Massachusetts. Harness has worked with a variety of communities and local residents on public health topics including health access, substance use prevention, tobacco control, food and physical activity. In his current role as Director of Community Health, Harness represents Cooley Dickinson on community health projects in the region.
-30-