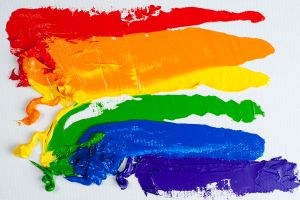 This makes it a great time to focus on the Lesbian, Gay, Bisexual, Transgender and Queer (LGBTQ) health issues that affect women (including transwomen as well as people assigned female at birth (AFAB)) here in western Mass. Health disparities—a lack of access to facilities or services, and/or variation in rates of disease occurrence in specific populations—have been well documented in LGBTQ communities across the United States. Northampton, despite its well-deserved reputation for tolerance, is not spared the impact of these health disparities. In this column, we will focus on two common types of cancers, and the special considerations for the LGBTQ community.

Why is the rate elevated in our area? Breast cancer risk is thought to be multi-factorial; that is, there are many risk factors that can contribute to the development of breast cancer. A small percentage of breast cancers are due to hereditary genetic mutations, but the majority of breast cancers are not. The biggest risk factors for breast cancer are being a woman—or being assigned female at birth—and getting older, since being older than 50 is associated with higher risk. However, some of the other risk factors for breast cancer happen to be things that research shows are found at higher rates within the LGBTQ community: cigarette smoking and alcohol use, bearing children later in life—or not at all—and having a high Body Mass Index (BMI). Having a large population of lesbian, bisexual and queer people in Hampshire County may be a contributor to the high incidence rate.

People who have had “top surgery” (an elective double mastectomy with chest reconstruction) are believed to be at lower risk of developing breast cancer, although the risk is not reduced to zero. Transgender women who are on estrogen may have a slightly higher risk of developing breast cancer than their natal male peers, but their risk remains lower than that of people born as natal females. This difference between transwomen’s and non-transwomen’s risk is thought to be at least partially due to the duration of lifetime estrogen exposure, as many trans women have not yet started estrogen during adolescence, and therefore have fewer years of an estrogenic physical milieu as they approach their older decades of life.

Get Screened
Screening is important! Any person with developed breast tissue, regardless of their gender identity, should receive routine cancer screening. For people assigned female at birth who have not had top surgery, breast cancer screening follows the same guidelines as the general female population. For transgender women on estrogen, we currently recommend that screening mammograms begin at age 50. Cooley Dickinson has been working on removing barriers to care for the local community; all women can self-refer for a screening mammogram; i.e. they don’t need to be referred by a clinician just to get screened. (If they were to need a diagnostic mammogram for a problem then a clinician’s order would be required).

Transgender patients: Under Cooley Dickinson’s current policy, if the patient’s sex at birth is assigned as female then they can self-refer for screening mammograms, no matter what they identify as. Patients that are assigned as male at birth but are transgender to female and taking estrogen or hormones to transition can also self-refer for screening mammograms under this policy. For people who have already had top surgery, mammograms are not routinely recommended, but periodic chest wall exams should be done by a medical provider during annual wellness visits.

Cervical cancer screening
Every year, almost 13,000 people are diagnosed with cervical cancer in the United States, and over 4,000 will die of cervical cancer. However, cervical cancer is a highly treatable, and often preventable, illness. With timely and proper screening tests the survival rate is excellent. Currently, we use a combination of tests: a pap test along with a test for Human Papilloma Virus (HPV). These tests, which are done during a pelvic exam, allow us to assess people for cellular changes that may lead to cancer.

The current recommendation for screening is that anyone with a cervix, regardless of gender identity, should have routine pap smears starting at the age of 21. We no longer routinely do pap smears on teenagers, as newer research has not shown it to be medically necessary until the age of 21. It’s important to note that screening for sexually transmitted infections is not always done simultaneously with the pap test, and people should talk to their providers about what type of testing they need.

J. Aleah Nesteby, MSN, FNP is a family nurse practitioner at Northampton Family Medicine and Cooley Dickinson Health Care’s  director of LGBTQ Health Services. She holds a Master of Science in Nursing (MSN) from MGH Institute of Health Professions and has pursued specialization in Transgender Health and LGBTQ Health. She is a nationally recognized trans health provider and has led workshops, lectures, and forward-looking training programs for medical students and medical residents. She is the recipient of a Tufts University School of Medicine educational research grant for transgender student curriculums.

Both Aleah and representatives from the Cooley Dickinson mammography department will be on hand at the 2017 Northampton Pride event and with more information on mammography screening and LGBTQ health.