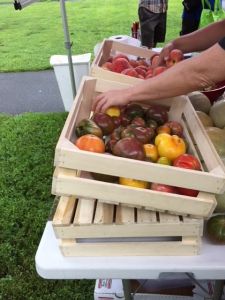 “Every subsidized housing community in Northampton, will host, or be within walking distance, of a Neighborhood Market, this year. This marks a significant achievement for the residents who helped create this program.”

“The community – including Cooley Dickinson – have stepped up to make their vision possible,” Michael added.