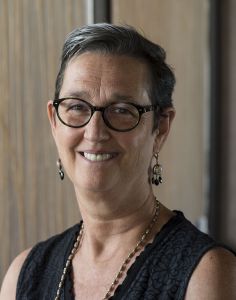 Last month, Cooley Dickinson Chaplain Carole Bull became an ordained minister. Her ordination is a culmination of a life-long devotion that began when she was just a small child.

“During a very distressing time, I was blessed to receive a revelation from God in the form of a shimmering tree in our beautiful backyard,” Carole recalls. “That spiritual experience has been foundational in terms of how the spiritual/religious can enter one’s life.”

At age 15, Carole worked as a nurse’s aide in a county hospital in Omaha, Nebraska. “It was a great experience to learn about the importance of hard work, constancy, and serving the “poorest of the poor.’”

Carole’s path to becoming a minister has been guided by faith and lived experience, as well as a personal commitment to helping others. When Carole and her partner adopted children from Ecuador, they became involved with a progressive United Church of Christ faith community in Boston that supported and nurtured their family. “I became an Ordained Deacon, assisting the pastors in supporting the congregation. I sang in the choir and preached there as well, and I began to feel the call to ministry in the context of a church that ‘grows pastors.’”

Carole, who is Cooley Dickinson’s Coordinator of Chaplaincy/Pastoral & Spiritual Care, began her career in community mental health where she worked as a therapist, social worker, and social work supervisor in the fields of addiction and child abuse. When she was offered the opportunity to train supervisors, she jumped at the chance and soon served in her first training role at Boston’s Pine Street Inn, the Northeast’s oldest and largest provider to people who are homeless.

She was selected to receive a three-year Urban Ministry Fellowship at Harvard Divinity School. Calling the fellowship an “electrifying experience,” Carole studied non-violent civil disobedience with the Rev. James Lawson, who studied Gandhian non-violence in India and was the leading theoretician and tactician for Martin Luther King Jr’s civil rights work. She created an activist internship that culminated in being arrested for civil disobedience with an interfaith group the day the Unites States invaded Iraq.

When she and her family moved to Northampton, Carole became interested in Cooley Dickinson, first requesting an informational interview with then-chaplain Becky Jones. “There were no openings at the time, but I kept my eyes on the website. Within 6 months, I was blessed to be working as a per diem chaplain.” Once Cooley Dickinson affiliated with Mass General, Carole joined MGH’s Clinical Pastoral Education program, and also earned a Certificate in Religious Studies at Hartford Seminary.

Adds, Carole, “it’s been my unique delight, pleasure and honor to work at Cooley Dickinson.” Given these challenging and scary times, Carole offers some inspiration to the hospital community:• Keep on keeping on! 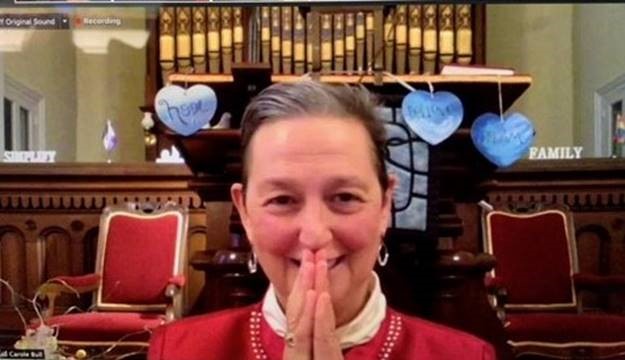 Giving and receiving are the same in truth.

If you are able, do one thing at a time and do it well.

Keep contributing and saying yes and enjoy our collaborations where we learn new things.

Assume the best of us all.

Build joy into your day, at home and at work. Simple things matter.

Keep on being the loving & compassionate community hospital we are.