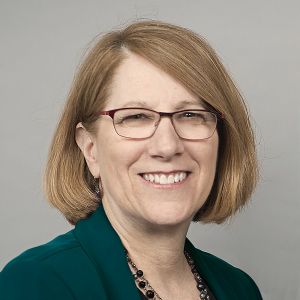 Joanne Marqusee, who has been President and Chief Executive Officer of Cooley Dickinson since 2014, announced Tuesday, Jan. 26 that she would be leaving to become Executive Vice President, Chief Integration Officer for Wellforce, a growing health care system in eastern Massachusetts that includes Tufts Medical Center, four community hospital sites, a broad provider network, and a homecare/hospice agency.

“Joanne has been integral in leveraging the strengths of MGH and MGB to expand services for patients and families in the Pioneer Valley, including opening the Mass General Hospital Cancer Center at Cooley Dickinson and attracting a range of outstanding specialists to the area,” said Peter L. Slavin, MD, president of the MGH

“She is a superb leader who has raised the standards of quality, equity, service, and accessibility at Cooley. Joanne clearly is leaving an important and lasting imprint on this very special hospital. We know she will be as successful in her new role and we wish her the best – and we will miss her.”

During her tenure at Cooley Dickinson, Marqusee oversaw the creation of a behavioral health pod in the Emergency Department, opening of a new Breast Center and substantial expansion in the provider practices across a range of locations and specialties.

She will also be remembered for her diversity, equity and inclusion work, starting with LGBTQ programs and more recently launching a comprehensive anti-racism plan. In addition, she has frequently spoken out on important public health and policy issues, particularly those that affect marginalized communities. But what was most important to Marqusee was her consistent efforts to ensure that Cooley Dickinson was a place that modeled teamwork, quality, and transparency.

“Joanne has been an extremely effective leader and has left Cooley Dickinson in a strong position,” said Fraser Beede, Chair of the Board of Trustees, “we will continue to build on her legacy and provide high quality, compassionate care for the community.”

“My seven years at Cooley have been the highlight of my career,” Marqusee said. “I am so gratified to have worked with the people here. The staff at Cooley Dickinson is incredibly talented, committed, and caring. I’m extremely proud of what we have accomplished together, including – but certainly not limited to – the amazing care and compassion that the people of our hospital offered – and continue to offer — to patients and the community throughout the pandemic.”

A transition plan will be announced in the coming weeks.