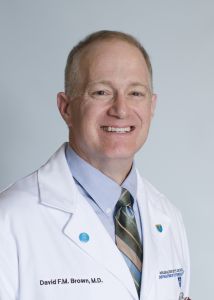 Brown, chief of the Department of Emergency Medicine at Massachusetts General Hospital (MGH), will serve in an interim capacity while a search is conducted for a permanent president and CEO. The search process will be aligned with the Mass General Brigham United Against Racism priority and will include a diverse search committee and slate of candidates for consideration.

“We are so fortunate that Dr. Brown has enthusiastically agreed to serve as interim president and CEO,” said Fraser Beede, chair of the Cooley Dickinson Health Care Board of Trustees.

“Dr. Brown’s personal and professional connections to Cooley Dickinson along with his leadership experience and position at the MGH offer Cooley Dickinson an extremely capable, respected leader during the transition.”

Brown, who has been a member of the Cooley Dickinson Health Care Board of Trustees since the Northampton hospital joined the MGH family in 2013, said he was excited by the opportunity to lead Cooley Dickinson. “I’ve seen the progress this organization made under Joanne Marqusee’s leadership and I’m looking forward to building on her legacy,” he said. 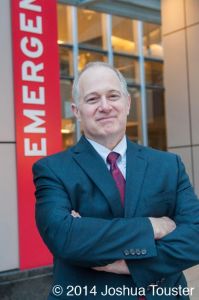 Beede and President of the MGH Peter Slavin, MD, agreed that the ideal interim CEO would know the community; be knowledgeable about Cooley Dickinson as well as the MGH, which are both part of the Mass General Brigham system; have management and leadership experience; and be willing to serve in an interim capacity. “I have worked closely with David for many years in his leadership roles at the MGH,” said Slavin. “David is someone who is a wise, thoughtful and creative decision-maker and problem-solver. I am looking forward to working with him in his new capacity at Cooley.”

Brown will continue to oversee the MGH Department of Emergency Medicine as well as maintain his major administrative and committee roles at both the MGH and Mass General Brigham. To ensure a smooth hand-off of responsibilities, he has been meeting with Joanne Marqusee and the Cooley Dickinson senior leadership since Marqusee’s announcement.

For Brown, the connections with both Cooley Dickinson and the Pioneer Valley are personal and span decades. As a child, Brown moved with his family from New York City to Chicopee’s Westover Air Force Base and then to South Amherst. His parents, Norman Brown, MD, and Eva Brown, PhD, still live in the same house where they raised their three children. David Brown attended Amherst schools, graduating as salutatorian of his high school class in 1981.

“My father is the reason I initially became interested in medicine as a career,” noted Brown. The elder Dr. Brown is a retired gastroenterologist who practiced for nearly 30 years at Northampton Internal Medicine Associates and was on the Cooley Dickinson Hospital Medical Staff.

Looking forward to the March 8 transition, Brown said, “It has meant a lot to me as someone who grew up in the Pioneer Valley, to serve as a Trustee – and now as interim president and CEO – in support of the community that I love and where much of my family still lives.”

After receiving his undergraduate degree at Princeton and then his medical degree at Columbia University College of Physicians and Surgeons in 1989, Brown began his career in emergency medicine as an intern at the MGH, later becoming the vice chair, then department chair.