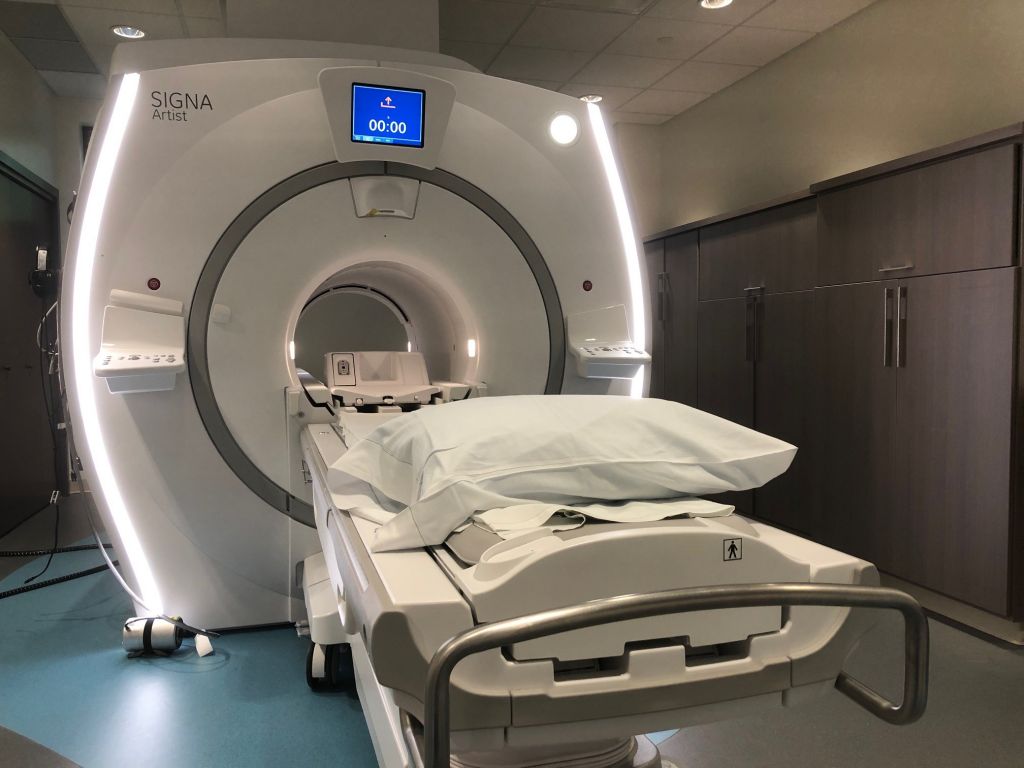 “We are thrilled to announce to Cooley Dickinson patients and our referring providers that we can now offer patients a more comfortable MRI experience,” MRI Supervisor William McBride says.

The 1.5T MRI replaces a 19-year-old MRI equipment that was removed from the MRI suite at Cooley Dickinson Hospital on March 15. Since then, MRI scans were done in a mobile unit on the hospital campus.

There are key advances that come along with the new machine. McBride explains that the new MRI scanner is wider and more comfortable, incrementally faster in most cases, and more efficient, and will allow for improved image quality (e.g. higher spatial resolution and/or lower noise with no increase in scan time) across the board.”

Compared to the previous machine, the size of the opening gains 10 centimeters (from 60 to 70 centimeters), or approximately the width of a hula hoop.

“That may not sound like a lot, but that extra 10 centimeters makes all the difference to many of our patients. Before they were squeezed uncomfortably in the scanner. Now they can comfortably rest their arms by their sides,” McBride explains. The new machine can accommodate patients up to 500-lbs; the previous table had a maximum capacity of 350 lbs.

A wider bore and the ability to scan bariatric patients means inpatients needing an MRI do not need to be transported to the Amherst Imaging department at 170 University Drive, where there is a wider and newer MRI machine. Additionally, McBride says he and his team will be able to do feet-first positioning for any body part, including the brain (as you can imagine, some patients don’t like going in the MRI head-first). 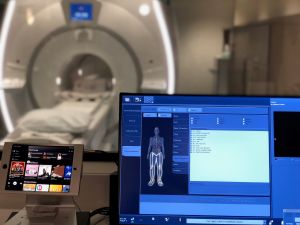 When it comes to image quality, the higher number of channels the better. Trading up to a newer machine means Cooley Dickinson gained 48 more channels putting us at a 64-channel scanner (vs 16 channels with the previous machine).

“The more channels the more potential to scan more quickly, which gives us the ability to gather higher resolution images,” Bill says.

“As technologists and radiologists, we develop protocols that are balanced between speed and quality. We want high quality images, but we want most patients to be able to tolerate the time of the scan, which has been one of the pitfalls of MRI.” Typically, an MRI can take anywhere from 20 to 60 minutes, depending on the scan.

The MRI team members are excited about what is on the MRI horizon. “We are going to be able to shave our average time down incrementally with new AI (artificial intelligence), deep learning technology that we will be implementing over the next three to six months.” 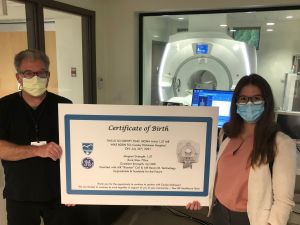 Congratulations to Cooley Dickinson’s MRI team, and to the many operations support staff at Cooley Dickinson and Mass General Brigham who contributed to the successful completion of the MRI replacement project.

“This entire process has been a few years in the making,” McBride adds. “We are so glad this day has come!”