Living in the Pioneer Valley

Serve the community you live in.

Contact us about Careers at Cooley Dickinson Health Care:

Together, We Make a Difference Every Day 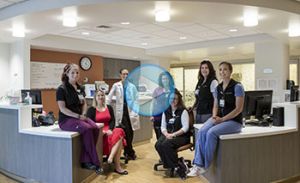 Living in the Pioneer Valley

Build Your Career in Paradise City

For health care professionals who prefer to live in the community they serve, there are few better options than Northampton and the Pioneer Valley of Western Massachusetts.

Life in the Pioneer Valley has been described as a perfect combination of the bucolic and the cosmopolitan, situated as close to cultural capitals like New York City and Boston as it is to the Vermont ski slopes and the Berkshires summer theater. Northampton (nicknamed the “Paradise of America” by opera singer Jenny Lind) and its surrounding towns simmer with arts and culture, outdoor activities, brew pubs, restaurants, shopping, and years worth of adventures for singles and families of every stripe. Area colleges and universities keep the community freshly stocked with ideas, cultural literacy and youthful enthusiasm, and contribute crucially to the Valley’s overall philosophy of diversity, acceptance and inclusion.

Culture in the Country: Life in Northampton, Mass.

Strolling around the quintessential college town of Northampton, Mass., with its bookstores, artisanal bakeries, ethnic eateries, art galleries, and music venues such as the Iron Horse—an institution that, despite its intimate size, has hosted everyone from Tracy Chapman to Beck—you might think Harvard Square went for a walk and settled down in the bucolic foothills of the Berkshires.

“It’s this little island of urbanity,” according to Iron Horse founder and longtime-owner Jordi Herold, “but you have that connectedness to nature — in a minute and a half you can be in the Connecticut River or in 10 minutes be on top of Skinner Mountain, looking at what all the Hudson River School artists used to go up there to paint.”

Small, independent local businesses and Main Street shops are also a big part of Northampton’s close-knit community feel, and reflect the city’s small-town spirit. With just over 28,000 residents, it’s a place that’s big enough to keep churning out interesting people, ideas and creations, but small enough to keep them honest, humble and real.

There’s plenty more for kids to do here, too. From the petting zoo, bumper boats, and steamer train at Look Park, to the manicured sanctuary of Childs Park, there’s room to run—or to ride: Northampton has miles of flat, paved bike paths that connect to nearby towns. Across the river in Amherst, the Eric Carle Museum of Picture Book Art hosts a busy calendar of kid-friendly events, while the Magic Wings Butterfly Conservatory in nearby Deerfield will awe kids of any age. In neighboring Hadley, kids and parents alike love The Quarters, a restored railroad stop off what is now the Norwottuck Rail Trail that’s packed full of vintage video arcade games, cocktails for grown-ups and an ever-growing food menu that offers favorites like sliders, chicken & waffles and the always-popular Super Cereal Saturdays.

“Between the parks and bike paths, it’s a great place to raise a family,” Herold says. “It’s a very gentle living experience.”

Asked why he chose to settle in Northampton, award-winning children’s book author and six-time Emmy Award winner Mo Willems told the Boston Globe, “Because I can. It’s a magic little town.” Here are some of the reasons people love living in Northampton:

As the cultural heart of the Five College area in Western Massachusetts, Northampton is one of those places—like Burlington, Vt., or Asheville, N.C.—known far and wide for its youthful streak and vibrant arts scene. From revered venues like the Iron Horse and the Academy of Music to smaller clubs and the streets of the city itself, live music is everywhere. Arts Night Out, a gallery walk held the second Friday of each month, celebrates the visual and performing arts and opens up galleries and arts venues to strolling pedestrians.

The local-first movement isn’t just a nice idea here; it’s a way of life. Instead of a McDonald’s on Main Street, you’ll find farm-to-table food from the surrounding countryside. And local brews are equally resplendent—within 5 blocks you can find over 200 beers on tap in Northampton, including many local varieties. The centrally located Northampton Brewery has a storied local history, and boasts a hard-to-beat-on-a-Friday-afternoon outdoor deck/beer garden that’s open from April through October.

Smith College, which has called Northampton home since 1871, is part of the Five College network along with Amherst College, Hampshire College, Mount Holyoke College and the University of Massachusetts at Amherst. This close cluster of academic institutions injects a rich dose of cultural vigor and economic opportunity into the area, from campus performances to academic lectures to Division I sporting events. The Five College network even supports public transit in the area: There are dozens of daily bus routes connecting Northampton with neighboring towns, especially during the academic year.

Having a prestigious college for a neighbor comes with other perks as well: At Northampton High School, juniors and seniors with high GPAs who have completed subject requirements can take classes at Smith College for free, and residents can enjoy the benefits of its Botanical Garden, events and lectures, and the Smith College Museum of Art.

Culture without the Cost (or the Traffic)

Packed with independent shops, restaurants, bars, and arts venues, Northampton’s dense downtown feels every bit as cosmopolitan and cultured as Brooklyn or Cambridge—but with cheaper housing and less traffic. The median price of a single family home was $287,000 in May 2016, according to the Warren Group. But when you crave the brighter lights of bigger cities, Boston is under two hours away, New York is a three-hour drive, and Bradley International Airport is just 40 minutes south. Meanwhile, Amtrak’s Vermonter train line now links the city with New York and Burlington, Vt.

Visit these websites for more information on Northampton and the surrounding area:

Contact us about Careers at Cooley Dickinson Health Care:

Together, We Make a Difference Every Day