Getting back to active.

The Cardiopulmonary Rehabilitation Program at Cooley Dickinson Hospital provides monitored, supervised exercise and risk reduction programs to people who have cardiac and pulmonary medical conditions. Objectives for cardiac patients include:

Pulmonary rehab is a medically supervised program for people who have chronic lung diseases. Pulmonary Rehab goals include helping people:

Objectives for patients with chronic lung disease also include:

Outpatient services are available Monday through Friday.  Patients may be referred by their primary physician, consulting cardiologist or pulmonologist. We typically see patients who have had heart attacks, Angioplasties, Stent Placement, Angina, and Coronary Artery Bypass Surgery, or have been diagnosed with heart failure. Insurance companies will also cover patients who have had valve replacement or repair surgery. We also see patients with chronic lung problems such as Emphysema or chronic obstructive pulmonary disease.

A physician’s order and insurance authorization are required to attend our cardiac or pulmonary rehabilitation program. We accept most insurance plans as well as Medicare and Mass Health arrangements. To make an appointment, call 413-582-2404 or send a fax to 413- 582-2937.  We look forward to working with you.

Running 30 minutes every day is a gift Cindy Mahoney has given herself for almost 35 years. She runs in rain, sleet, snow, and sunshine. Her run offers her time to clear her head, reflect, and earn enough “fitness points” to enjoy an occasional chocolate chip cookie.

So when she noticed a tingling in her jaw during a January run, she rationalized away the sensation. “It’s just the cold weather,” she thought fleetingly.
Ten days later, another unusual feeling — numbness in her fingers — shook her up enough that she drove herself to her doctor’s office: after she had finished that morning’s run. About an hour later, Mahoney was in an ambulance heading to Baystate Medical Center and asking the EMTs, “Who is going to pick up my daughter from school?”

Close to Home
An EKG and blood tests confirmed Mahoney, 47, had a heart attack. Hospitalized for two nights, Mahoney was discharged Super Bowl weekend 2013 with multiple prescriptions, a new appreciation for American Heart Month, and a referral to a cardiac rehabilitation program.

Mahoney’s friend had gone through Cooley Dickinson’s cardiac rehab program and spoke highly of her experience, so she decided to give it a try. A busy mom to daughters ages 17, 15, and 7, Mahoney needed scheduling flexibility and proximity to home. “CDH is right in my backyard,” she said.

Feeling Fragile
Mahoney’s heart attack was attributed to Spontaneous Coronary Artery Dissection (SCAD), a relatively rare and poorly understood condition that seems to affect more women than men. SCAD occurs when the layers of the coronary arteries separate from each other, enabling blood to flow into the spaces between the layers. As the blood accumulates, it can cause obstruction to normal blood flow within the heart, leading to chest pain, heart attack, and even sudden death, according to Mayo Clinic news.

Several weeks after her hospital stay, Mahoney remembers being “physically fine” — she had adjusted to her new medication regimen, been seen by her cardiologist Norman Perr, MD, and was scheduled to begin cardiac rehab — but felt vulnerable and wondered, “Is this going to happen again?”

“Hugely Reassuring”
Twice a week for two months, Mahoney put her heart to the test in a controlled, monitored enviroment under the watchful eyes of Patrick Schilling, cardiac exercise physiologist, and cardiac nurses Reggie Stevenson and Joyce Arel. Mahoney ran on the treadmill while hooked up to cardiac monitors. Staff checked her blood pressure and other vitals before and after each session.
Mahoney said her husband, Patrick, described cardiac rehab as “a way to keep a leash on me, so I could learn to run again while experts monitored my heart.”

“The entire experience was hugely reassuring for me and my family,” remembered Mahoney, who “graduated” from cardiac rehab in May and has since finished two 5K-distance races.

Newfound Confidence
Mahoney entered cardiac rehab with one goal in mind: to return to running 30 minutes each day. But she feels she gained so much more, in part from sharing the rehab experience with other patients she met in the program.

“When you go through an experience like this with other people who have also had heart issues, it’s a very intimate thing. I felt comforted and supported throughout the program.”
In addition, the cardiac rehab staff taught Mahoney about upper body and core strength training and the importance of warm-ups and cool-downs.

“But what I am most grateful for “is the confidence I received from the caring staff, and that we have access to this kind of health care in our area. The cardiac rehab program helped me realize I could do what I love again … safely.” 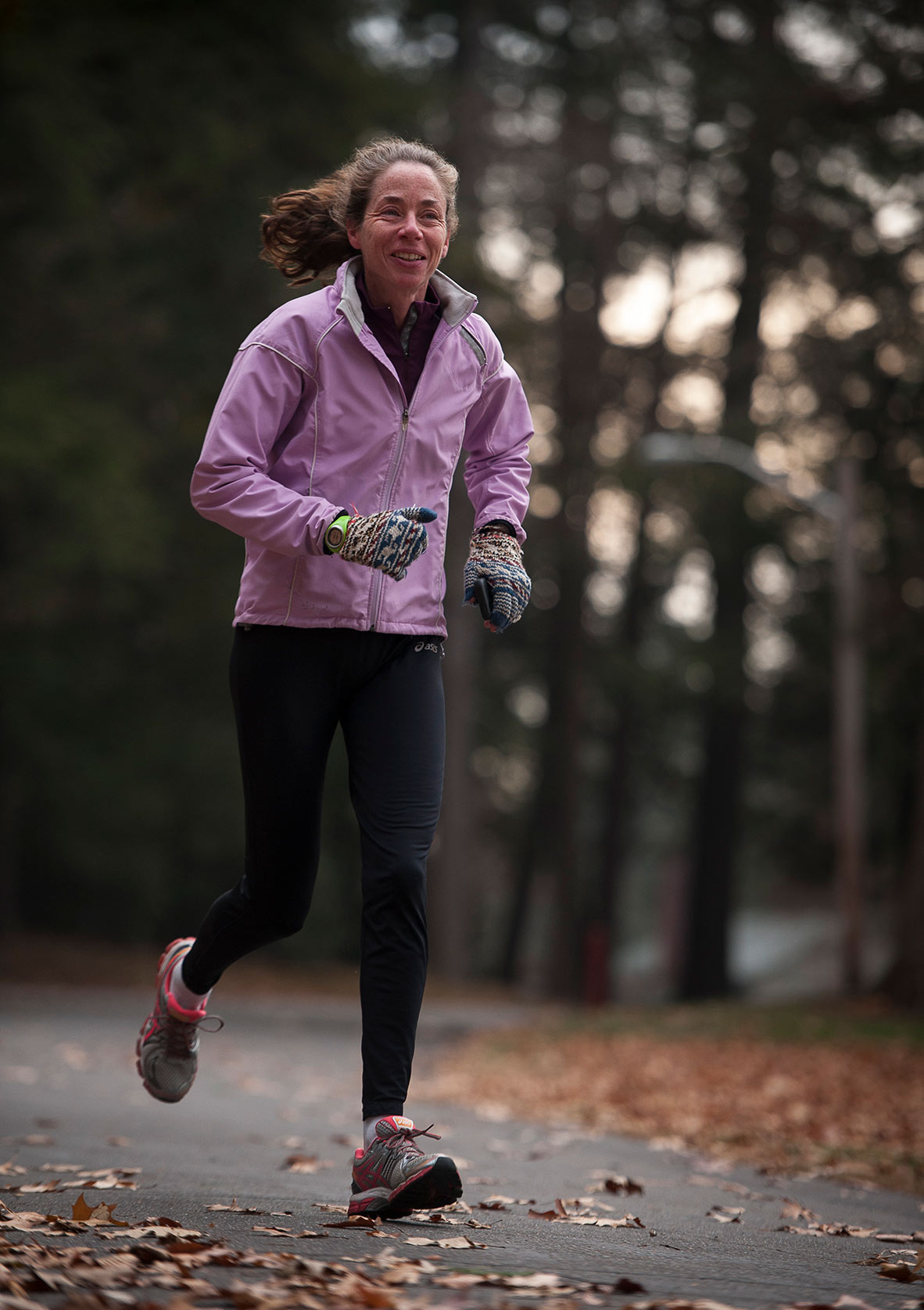