Getting you on your feet again

When you need help recovering from illness or injury, physical therapy is often one of the most prescribed and accessible means of rehabilitation. At Cooley Dickinson Physical Therapy, our team of therapists work with you in our spacious and well-equipped facilities to help you get back as much of the mobility, balance and coordination as you can through individualized assessment and recovery planning. Whether you’re a professional athlete looking to get back a competitive edge through rigorous training or are re-learning to walk after a serious accident, we can help you meet your recovery goals at your own pace.

We work with you to find your balance on the road to recovery.

On the Road Again

Eight months ago, hip pain prevented Wilbraham resident Amy Fearn from running and competing in local road races. Determined to pursue the sport she enjoys, Amy sought care from Cooley Dickinson Medical Group’s Orthopedics & Sports Medicine and Rehab Services in Hatfield. Thanks to a collaborative approach between her doctor and her physical therapist–and her commitment to return to running–Amy has once again found her stride and is living without pain.

Amy’s hip pain started in the fall of 2015 after she participated in a local 5K obstacle course-style race. In order to manage her pain, she received several treatments from a chiropractor.  She also tried massage therapy and made sure she stretched appropriately. Amy attempted to return to running, but had to stop after a half mile due to acute pain in her right hip. For the next few months, she stopped running to allow her body to rest and to recover from an unrelated surgery.

At the end of January 2016, Amy resumed running and was able to complete one-to-two-mile runs at a slow pace, but continued to experience pain in her right hip following exercise.  A month later, she was evaluated by Dr. Sherri Kuchinskas, a physician who specializes in the nonsurgical management of musculoskeletal and sports injuries. Dr. Kuchinskas diagnosed right gluteus medius tendonopathy, a chronic tendon dysfunction, and referred Amy for physical therapy.

Following up on Dr. Kuchinskas’ referral, Amy went to a physical therapy evaluation with orthopedic certified specialist Stephen Markey, at CDMG’s Hatfield Outpatient Rehab Center. In his initial consultation, Steve described her condition as “a progression of tendonitis that had advanced beyond just inflammation.” His assessment indicated that the tendon had become “altered due to the damage to connective tissue over time.”

After her PT evaluation, Amy was further diagnosed with specific hip and core muscle weakness that affected her ability to run correctly. Using slow motion analysis of her running–a unique service available at the Hatfield clinic–Steve analyzed Amy’s form.

“Her strength deficits were evident in the way she ran and were more visible when seen in slow-motion,” he recalled.

Amy began physical therapy with Steve in March, expressing that her immediate goal was to run in the Holyoke St. Patrick’s 10K race on March 19. Initially, Steve’s PT treatment plan focused on corrective exercises to strengthen her weak lower extremity and core muscles to improve her dynamic leg stability. Steve also changed her running mechanics to a more natural forefoot strike, which improved her running technique and decreased the stress to her hips.

After diligently performing her exercises at home and focusing on her running mechanics during her training runs, Amy’s commitment paid off. Not only did she finish the St. Patrick’s Day Road Race, but she beat her previous time by three minutes.  She now runs five-to-six miles regularly and is living without pain.

“Amy was dedicated to her recovery and to running the 2016 St. Patrick’s Day Road Race.  She did her exercises faithfully and really worked on changing the way she ran,” Steve said.

“Physical therapists have the training to properly evaluate and treat musculoskeletal injuries,” Steve informs. “Most injuries or overuse syndromes, when treated properly and in a timely fashion, can heal. Physical Therapy is a successful and conservative way to manage commonly occurring orthopedic and sports-related injuries.” 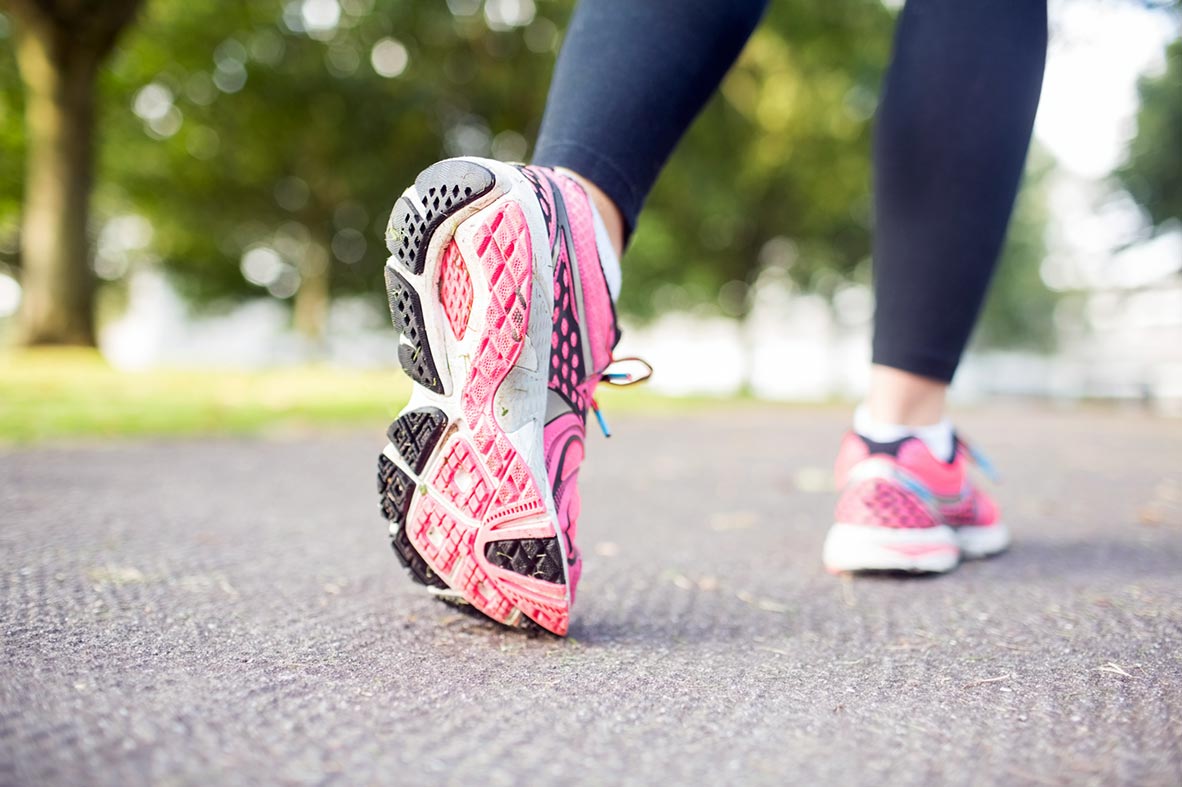